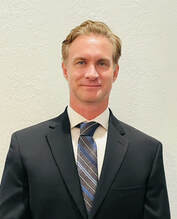 Craig W Rider, CEO
Craig has an accomplished professional background with ability in management, sales and marketing. He has over 25 years of experience as an entrepreneur primarily in the high-tech and consumer related industries. He has been instrumental in the success of several start-up companies, including, AllAdvantage.com where he was responsible for developing and selling online advertising and creating marketing campaigns for major national consumer related companies.
Craig’s international experience in construction management includes a two-year project working for KBR in Iraq. He was responsible for a staff of over 45 US/Foreign National employees and was one of the first contractors to aid the Army in developing an US base in Mosul, Iraq. In addition, he worked as a general contractor responsible for overseeing the first construction and site/camp management of a major Oil Sands project in Alberta, Canada. During his tenure, he supervised over 60 employees and was in charge of campsite operations for over 1200 sub-contractors. Craig also represented a US marketing company where he was responsible for cultivating business in London, Germany, South America and attended major industry trade-shows worldwide.

Currently, Craig is involved in humanitarian aid/disaster relief efforts and is co-founder of H2O Worldwide.  H2O Worldwide was instrumental in helping people in Puerto Rico during the 2017 Hurricane Maria disaster.  H2OWW along with its partners, established Proyecto Agua Limpia, a clean water distribution effort that provided over 200,000 people with clean/safe drinking water.   He is also co-founder of R|H Worldwide, LLC.

Craig is a graduate of Stephen F. Austin State University with a degree in Business Management. 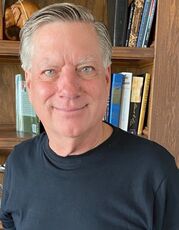 ​Bill is a graduate of Texas A&M University, and has extensive experience in aviation, sales and marketing. He is a former Navy Aircraft Carrier Pilot and Delta Air Lines Captain. During his tenure as Director of Standards for USA Jet, he implemented and oversaw operational procedures.  Bill was the Chief Pilot for a startup Airline in Africa whereby he was in charge of policies and procedures.  He was in charge of Operations/Safety for airborne surveillance and tracking of IED in Iraq.

As an entrepreneur, Bill founded RSD Solutions and successfully executed contracts with FEMA and other disaster relief organizations.  Currently, Bill is Chief Operating Officer (COO) H2O Worldwide. In 2017 he helped provide over 200,000 people with clean water systems operating with Proyecto Agua Limpia and Red Cross in Puerto Rico. He is an instrumental partner for bringing AquaTap, solar powered water purification, to the Democratic Republic of Congo, Africa. Bill also holds the title of COO for R|H Worldwide LLC, a company that provided PPE during COVID pandemic.